After 3 days of shooting and several weeks of post production, the Riley Hospital Video Tour video is ready to share.  Without further adieu, here it is … https://www.youtube.com/watch?v=MjRO2bsLDXo&list=LLQVp635mTp8S3gOBH-6LtNw This morning, Gracie presented this video with the Riley Foundation to the Indiana Association of School Principals convention.  Her principal from kindergarten-second grade Karen Perkins and her current [...] 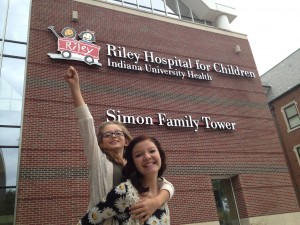 Stay Tuned … Behind the scenes at Riley Hospital

Recently Maeci & Gracie were asked to participate or rather star in a video being produced to Riley Hospital.  While the video is not yet available, we do have quite a few behind the scenes photos from the shoot.  As you can see from the gallery below, the video is essentially a walk through of [...]

Another amazing successful softball tournament!!! We had 20 teams, 55 games, and some beautiful weather! This year’s teams were ( 10u Astros, War Tribe, Force, 12u Avon Elite Gold, Carson Hawks, Select, Revolution, Edgewood Blaze, IMW, Smoke, Rebels, 14u Fusion, Horsepower, TN, Astros, 16u Renegades, Rage, Irish, Smoke) that had some amazing girls! We had [...]

Get ready our 3nd Annual Girls Fast Tournament is just around the corner.  The tournament is scheduled to start on September 19th and run through the 21st.  The tournament is open to 8U, 10U, 12U, 14U and 16U.  Just like last year, we are being hosted by the Danville Girls Softball Association at the Twin Bridges Field [...]

The 4th annual co-ed softball tournament was a big success this year.  Since the tournament was a couple days ago and we are finally able to catch our breath its time to get the results posted.  This year we did things slightly different than previous years.  The teams playing in the tournament were split into [...]

Here are the rules for the 4th Annual Co-Ed Softball Tournament.  If you would prefer a printable version, the document can be downloaded here. Bring your own balls! This is a one pitch tournament. – You will get one pitch with a full count, if it’s a ball you walk, if it is a strike [...] 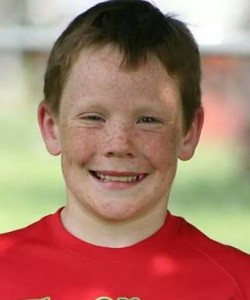 We are excited to announce our next wish kid…Joshua Nail from Tri West!!! Joshua is a very active 11-year-old! He enjoys playing and watching sports and loves to stay physically active. Soccer, baseball and wrestling are his favorite. Aside from sports, he also loves to pay the cello and the piano. His family describes [...]

As we speak the 10th annual WFMS 95.5 Riley Radiothon is an ongoing fundraiser to raise money for Riley Hospital.  If you were listening to the radiothon this afternoon, you may have heard Gracie telling her story.  Luckily we were able to get a recording of the session for those of you who missed it.  And here it [...]

GET YOUR TEAMS READY!!! Registration Open for the 4rd Annual Co-Ed Softball Tounament

It’s that time of year again … time to get your softball teams together!  This year we are holding our 4th Annual Co-Ed Softball Tournament on May 17th, 2014 starting at 8am.  If you were here last year, then you probably remember all of the fun everyone had in the mud at the Avon Softball [...]

Get ready for the 4th Annual Softball Tournament!

We are planning the 4th Annual Maeci & Gracie “Give Back” Softball Tournament to raise funds so that we can “GIVE BACK” a wish to another child. The date that we have decided to hold the tournament is May 17,  2014  at the Avon, Indiana Softball Park and we would be grateful if you considered sponsoring this event. [...]

The Maeci & Gracie Give Back Foundation was started to raise money and provide support to organizations which made a difference for the girls as they battled cancer.

To learn more about the foundation and our events, please check out the About page.

Jump over to our Store page to buy "Gods Got it!" bracelets, shirts and key chains.

Intersted in being a sponsor, check out the Sponsor page for more information.

Maeci & Gracie Give Back Foundation is a fund of the